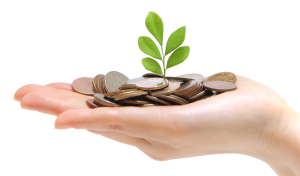 The spirit of giving has been a foundation of our church from its very beginning. Over the years, we have gratefully given to fund the spiritual nourishment of our congregation, to give to the mission of helping others in communities around the world and to help secure to future generations the ability to continue our faith in Jesus Christ. Our overriding goal is one that we honor with our theme for our Anniversary year — Sharing God’s love for 300 years.

In 1763, our Trustee book recorded what is believed to be our first planned gift when Samuel Brown, a prominent elder on Session, bequeathed 200 pounds (approximately $39,000 today) to the church. According to his will, the interest earned was to be used every year for the support of the minister of our congregation.

In an effort to honor Samuel Brown’s special bequest, The Samuel Brown Society was formed to recognize planned gifts to the Church and to help educate our members on the options available for planned giving. For many of us, naming the Presbyterian Church in Basking Ridge Endowment as a beneficiary in our will, life insurance policy or retirement provides a means to make a significant gift to the church that would not be possible during our lifetimes.

Our endowment provides almost $200,000 per year toward all aspects of our church life. Clergy, our Historic Buildings, Cemetery, Music and Youth all benefit from the yearly disbursements from our Endowment and Restricted income accounts. Special gifts to our endowment help secure our future financial stability and help take the pressure off yearly Stewardship demands.

In the early years after our founding, regulations regarding what we now call stewardship were made by the Duke of York for all settlements in the province of New Jersey. To quote our history: “Every township is obliged to pay their own minister, according to such agreement as they shall make with him; and no man to refuse his own proportion; the minister being elected by the major part of the householders and inhabitants in the town”.

Late in the 1700s and early 1800s, our records begin showing entries for “pew rent” which became a vehicle of providing for the church budget. When our church was enlarged in 1803 to accommodate a period of strong growth, it was said that the highest pew rentals — for those on the right and left of the pulpit — were $14.74 a year. Pew rentals were augmented by offerings—collected in long handled boxes passed through the church. Today, our tradition of generous giving continues in the form of our yearly Stewardship campaigns.